AI will help policymakers focus on what goals should be achieved, rather than how to get there

If you've been paying any attention it has been difficult to escape the impressive advances made by artificial intelligence (AI) over the past years. Computers now beat the finest human players at Go, a notoriously complex board game, and it looks like the same might happen just now with No-Limit Texas Hold'em poker.

Besides leaving game-playing humans in the dust, AI is also performing at human levels (or beyond) in more immediately relevant tasks.

These advances, and the speed at which they have been happening, pose many questions. Towards the end of last year the US government published a report on the “Future of Artificial Intelligence” and the UK followed with its own report on “Opportunities and Implications for the future of decision making”. Both of these reports have one thing in common: they both pay scant attention to how AI will change government itself. Somewhat surprisingly this question has so far only been explored by few thinkers and publications.

We looked into it and here are six ways in which AI might change the way governments look, think and act.

1. The focus of policymakers will shift from evidence and facts to values and goals

Today, the best policymakers spend much of their time debating questions of fact to ensure policy is based on the best possible evidence of what works. The problem is that human comprehension and ability to absorb information is limited, so at best we only get a partial picture. In the future AI will know far more, far more quickly than any human about the most effective approaches in education, health and justice. Policymakers should instead focus on defining the goals to be achieved (and the boundary conditions) based on a careful understanding of society's values. Algorithms will then be able to find the best way to achieve those goals.

2. The number of government employees will drop. A lot

In many ways government is an organisation like any other. Someone needs to take care of contracts, process payrolls and update computers. Most of these operations tasks will be automated away in the private sector and there is no reason why government couldn't do the same. Even for functions that go beyond this operations roles AI may be able to replace humans at least partially. The fact that OECD governments, on average, employ 20% of the workforce gives you some idea of the potentially disruptive scale of this change.

3. Government silos will be broken down

Today almost all governments organise themselves in departments formed around supposedly distinct policy areas - energy, transportation, trade, work and pensions, etc. This is, of course, for the very sensible reason that organisations, and the humans who work within them, need a degree of focus. Humans are also limited in the amount and diversity of information they can usefully process.

Already today, however, most difficult problems governments face don't align with neat organisational responsibilities but cut across many areas. Once governments take AI seriously they will be compelled to follow the problem and the data, rather than keep colouring inside departmental lines.

4. Data collection will be centralized; decision-making can be decentralized

AI thrives on vast amounts of data. To get the best results governments will be compelled to pool all data nationally (or internationally). At the same time this does not mean that decisions have to be taken centrally. Decentralised entities (e.g. states or regions) could draw on nationally pooled data to make their own decisions. This should enhance local accountability while ensuring the benefits of data-at-scale are also captured.

5. Government's fields of activity will expand as centralized AI starts beating the market

AI will make managing existing natural monopolies (e.g. health insurance) easier and will create new ones. Previously privatised services may be brought back under state control simply because it may be possible that an AI-powered monopoly provider can out-perform the market for, say, rail services or energy distribution. Government's natural role will be to (re)assume responsibility for those.

6. The clock-speed of democracy will approach real-time

Today, the interface between citizen and state remains crude. In democracies, citizens can express their preferences once every few years through the ballot box. Otherwise, their ability to influence the nature public services is rather limited. In the future, government will know - and understand - much more about its citizens than in any previous period in history. AI will allow governments to ingest all available data - publicly held as well as data bought from private sources - to build a fine-grained representation of each citizens and their preferences and adapt public policy as a result, in real-time if necessary. The implications for traditional democratic models could be profound.

The Centre for Public Impact is investigating the way in which artificial intelligence (AI) can improve outcomes for citizens.

Are you working in government and interested in how AI applies to your practice? Or are you are an AI practitioner who thinks your tools can have an application in government? If so, please get in touch. 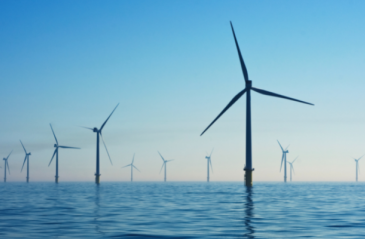 What the latest IPCC report means for people and communities 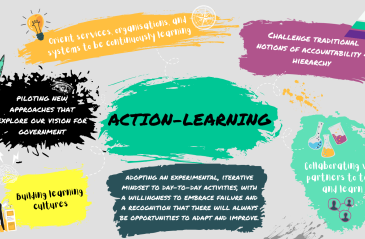 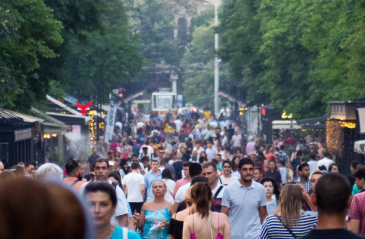 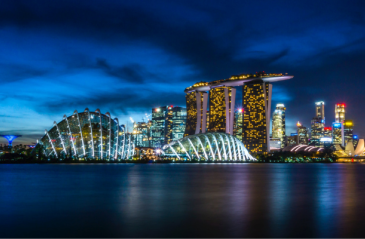 Lessons on digital equity: How the Singapore Government has been tackling the digital divide

Tackling complex challenges during the COVID-19 pandemic: Insights from working with 50 cities during the Global Mayors Challenge 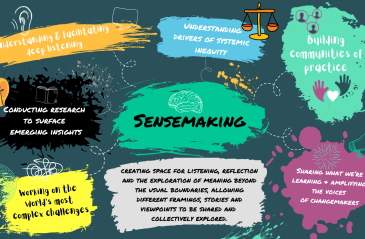