"The role of a national agency like EDUFI should be to help the local levels to succeed. That’s where all the learning happens. The aim for us was to increase the capacity and resilience of the local level" @Heino1Olli @Opetushallitus

"Our task was to bring people together around the same table to learn from each other & co-create solutions by experimenting. Building trust and relationships was a key factor of succeeding" @Ainoanneli1 @PTyrvainen @Opetushallitus

At CPI, we have been exploring Human Learning Systems (HLS) as an emerging approach to public sector management, analysing many examples from the UK and elsewhere in the world. We were particularly intrigued by an experimental programme initiated by the Finnish National Agency for Education (EDUFI). We spoke to one of its main participants – Olli-Pekka Heinonen, EDUFI’s director-general – and read with great interest the written contributions of Anneli Rautiainen, head of the Innovation Centre, and Paula Tyrväinen, the Centre’s senior innovation adviser. 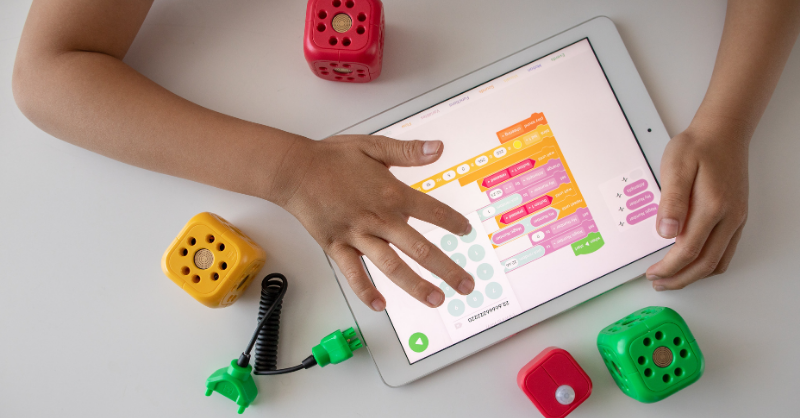 Finland’s free national education system is highly regarded, featuring near the top of the OECD’s PISA rankings. The Finnish education system is significantly decentralised with a great deal of local autonomy. This has facilitated a culture of ongoing experimentation and innovation.

In 2017, EDUFI established its Innovation Centre as part of a government programme dedicated to finding new ways to improve teaching and reshape learning. As Olli-Pekka Heinonen explained, “for this to happen, we needed a new approach. As we weren’t sure about what that could be, we decided to create an experiment of an experiment – a structure that, in itself, is an experiment. This is how the Innovation Centre was created.”

The Centre designed and implemented three Experimentation Labs, where groups of actors collaborated on a series of complex educational challenges. In all, the programme consisted of 24 projects and 75 core team members, working in 28 of Finland’s 310 municipalities.

We needed a new approach. As we weren’t sure about what that could be, we decided to create an experiment of an experiment – a structure that, in itself, is an experiment. This is how the Innovation Centre was created.

The Innovation Centre’s staff felt they needed to “bring people together around the same table to learn from each other”. The Centre’s Anneli Rautiainen and Paula Tyrväinen believe that “complex problems can´t be solved with traditional ways of top-down working. Instead, they need to be experimented in a human-centred way by involving all system actors as active co-creators in a joint effort.”

These system actors included municipalities, decision-makers, school principals, teachers, parents and the learners – the children themselves. “But we also widened the scope,” said Olli-Pekka, “so that other professionals who work with children, from social services or volunteering organisations, could participate as well. Most of them hadn’t interacted with each other before, although they actually work with the same children!”

The Innovation Centre was seeking to develop a learning culture - a mindset and learning practices rooted in curiosity. Innovation Centre staff brought together local and national actors to explore local educational and child welfare challenges. In the view of Innovation Centre staff, “carrying out experiments enables ideas, services, and the like to be developed in collaboration with those for whom the solution is intended”. Importantly they took a very broad understanding of “experimentation” - they weren’t testing seeking to create controlled conditions to test whether one type of intervention was better than another. Instead, they viewed ‘experimentation’ as exploration and relationship building. 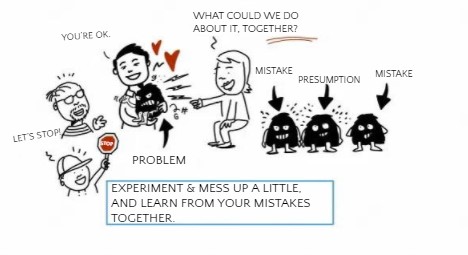 Olli-Pekka explained how learning together builds relationships. For example, in one experiment they created breakfast clubs, not to test whether providing food for hungry children improved their academic performance, but to explore whether it helped teachers build better relationships with children, by listening to the stories of home as they ate. "The purpose of this activity,” he explained, “was not about the children eating breakfast, but about enabling teachers to witness from the beginning of the day how children were feeling, seeing if anything was wrong and solving any issues the children might be experiencing.”

These collaborations brought about a shared understanding of the problem. They were instrumental, said Olli-Pekka, in creating “a safe space where everybody respects each other, where there is no hierarchy, and where everyone is equal and valued – and it allowed participants to build trust.”

A redefined role for national government – as a trusted learning partner

Taking an experimentation approach helped build a community of practice and emphasised the importance of learning together. “It was not about the outcome,” said Olli-Pekka, “but about how people reached that outcome. The whole idea is to create learning loops inside the national education system to connect the local and national levels.”

He has seen many national educational strategies fail, “because the national and local levels were too far from each other and they didn’t know each other’s reality. Learning loops are needed to create credibility and reliability – two elements of trust that glue the entire system together.”

The participants focused on learning together and were unafraid to test and revise their solutions. The Innovation Centre staff found that this “experimental development reduces risks because it helps identify the weaknesses of a potential solution at an early stage, to halt particular development paths and shift to a new direction and solution”.

National agencies act as Learning Partners to local systems - enabling local actors to find their own answers; government strategy is to promote and enable local learning.

According to Anneli and Paula, “some of the wicked problems, such as wellbeing, are so complicated that usual management approaches don´t solve them.” These were the kind of challenges the Innovation Centre was designed to address. “Most often, experiments focused on wellbeing,” said Olli-Pekka. “The goal was to ensure we could hear from children about the anxiety and levels of stress they experience.”

The Innovation Centre staff discovered during the programme that “the voices of students and their families are not always actively heard in school development.” In this new approach, however, these participants felt that they were “able to listen to other people, to explore school development and everyday life from different perspectives – and to be heard”. One experiment, which was carried out in the Nokia municipality, focused on increasing student participation. It resulted in their taking more responsibility for school activities like running drama or IT workshops.

In this way, the Innovation Centre is helping to redefine the role of national government in addressing complex problems. They do not seek to find solutions and take them to scale across the country. Instead, national agencies act as Learning Partners to local systems - enabling local actors to find their own answers; government strategy is to promote and enable local learning.

A radical departure for public officials

Collective learning does not “fall from the sky”, you need tools and methods to facilitate it – tools such as the Innovation Centre’s mentoring sessions. These have encouraged Experimentation Lab participants – public officials, in particular – to rethink their roles and reflect on the boundaries of their knowledge and expertise. They have learned to accept that they are not “the expert sitting in the room”, but are on an equal footing with their fellow actors. “Changing of roles is rarely an easy ride. However, the expert must actively question their own identity: how do I optimise the previous manuscript from the next one, from the perspective of an operator working with pre-made solutions to an inspirer engaging in teamwork?

Gradually, public officials began to feel comfortable with uncertainty, which is inherent in experimentation. “As we don´t know all the answers, we have learnt to fail and take a new direction,” say Anneli and Paula. “Creating a culture of positive error was challenging, but through theory and mentoring we supported the idea of ‘daring to fail’. Creating psychological security for experimenting and failing has made a difference.” Equally important, values such as empathy and listening become key skills for public officials to cultivate. Anneli and Paula describe it as follows: “EDUFI employees connected to their fields in a balanced way must strive to be context sensitive and adjust accordingly. Experimentation requires sensitivity, courage, and honesty from those involved”. 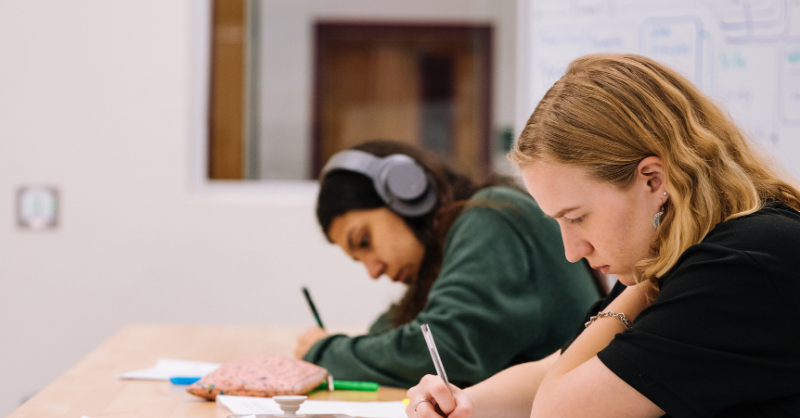 The public officials have begun to reflect on the purpose of their work and their ways of working, opening the door for a change in the organization’s culture. As Anneli and Paula describe it “We need everyone in the system, whom the problem concerns, to be part of the solvers. As we don´t know all the answers, we have learnt to fail and take new directions. This changes the working culture and even if the change is slow, it happens by doing”.

The programme is all about human relationships

The Innovation Centre has focused on applying human-centred design “with people and for people” – building relationships of trust with local communities was a key factor in its success. As Olli-Pekka told us, “the role of a national agency like EDUFI should be to help the local levels to succeed. That’s where all the learning happens. The aim for us was to increase the capacity and resilience of the local level. It’s a quality that we want to remain after our experimental programme is over.”

Importantly, the use of experimentation and the creation of a learning community in the education system has helped to build trust and strengthen the relationships between actors. Anneli and Paula describe it as follows: “Our task was really to bring people together around the same table to learn from each other and to co-create solutions by experimenting. Building trust and relationships was a key factor of succeeding. In particular with parents in school, which seemed to be difficult at first."

Our task was really to bring people together around the same table to learn from each other and to co-create solutions by experimenting. Building trust and relationships was a key factor of succeeding.

The reaction from the municipalities involved in the programme has been very positive. As Olli-Pekka told us, “We received many messages from the local level saying this is exactly what we’d like to see EDUFI do more of in the future.” And the Innovation Centre staff found that participants had particular praise for “the involvement of children and young people – their presence was very significant. Young people themselves felt it was important to be involved and have an influence.”

With this degree of local participation – especially from the young – and the creation of stronger relationships, the Innovation Centre’s approach to developing helps us to understand how an HLS approach is implemented at a national government level, and has signposted a promising way ahead for Finnish education.

We’re exploring how Human Learning Systems can offer a complexity-friendly approach to public service delivery in line with our emerging vision for government. In this series, we highlight the stories of government changemakers who are pioneering this approach - their breakthrough moments, successes, and what they’ve learned from failure - as well as what we’re learning from them along the way. 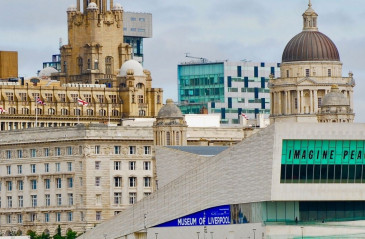 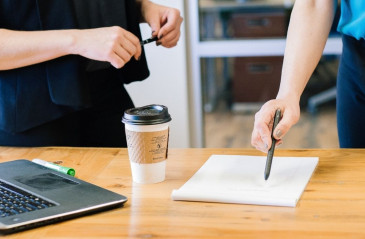