How Do We Fail Forward? 3 key themes from our first Reimagining Government webinar of 2021

"My worry is that as folks get vaccinated, transmission goes down - that our new normal will not include passion & necessity for experimentation" @tjwalha @CityofSeattle

“I hear and I forget. I see and I remember. I do and I understand” Peter Shergold from @westernsydneyu reminds us of the need to constantly learn from failure, start small & shift towards action

The challenges faced by governments are complex, and there are often no simple answers or solutions. Given this, CPI has been arguing that the public sector should employ operating models that cultivate a culture of learning - one more tolerant of mistakes and failure.

In the first instalment of the 2021 Reimagining Government series, ANZSOG and CPI hosted a webinar focused on the need to create a culture that learns from failure. The panel was facilitated by Subho Banerjee, Deputy CEO, Research and Advisory, ANZSOG, and included Andi Mirviss, Program Manager at the Centre for Public Impact; Peter Shergold, Chancellor of Western Sydney University and former Secretary of the Department of the Prime Minister and Cabinet; and Tina Walha, Director, Innovation & Performance at the City of Seattle. 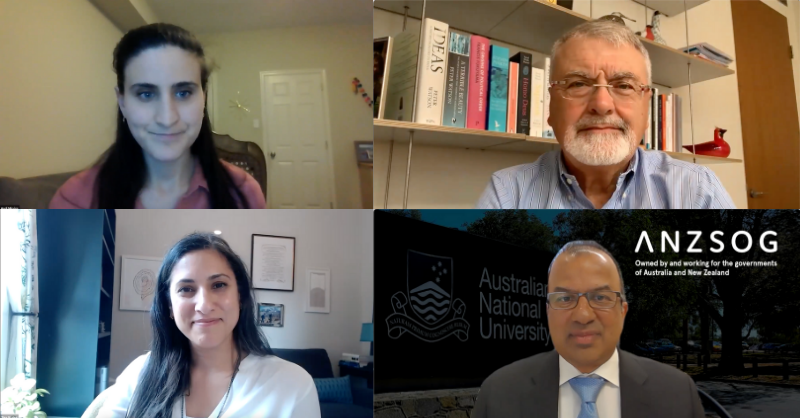 Given the culture and structures of government, with its sea of inquiries, committees and reporting mechanisms - embracing failure is often easier said than done. People understand the need to experiment and take risks - people talk about the complexity of government work, and acknowledge that answers are necessarily unknown - but do the infrastructures, processes and cultures that currently make up our government really support the experimentation that’s needed in a complex environment?

It’s a problem that seems especially difficult for the public sector. Tina pointed to the iPhone, where the public expected and tolerated failure, understanding it was all part of a cycle of constant improvement. With government however, stakes seem higher - “we don’t have the same expectation of governments constantly experimenting, iterating and failing along the way.”

Our current political system and public perception of government failure mean government ministers have a lowered risk tolerance, not wanting to face public scrutiny or be removed from office because of a failure.

This culture of risk aversion has drastic consequences, however. “Mistakes build on each other,” Andi said. The cultures that make it hard to talk about small failures are the same cultures that lead to massive disasters, and systemic failures of government, “because we don't have the cultures that enable us to have hard conversations.”

Do the infrastructures, processes and cultures that currently make up our government really support the experimentation that’s needed in a complex environment?

The problems governments face are big, and complex. Because of that complexity, you can never get a program of work ‘right’ on the first try - it’s a continuous loop of starting small, learning and adapting that’s needed to stay relevant and achieve good outcomes.

“The bigger you think, the smaller you start.” But starting small has not been something that comes naturally to government. Peter explained that when they did not receive funding for a program, there was a tendency in the public service to call the program a “demonstration project,” simply to receive funding. However, this “demonstration project” could simply be a crude or scaled back version of the original project - there was no piloting in unique communities, constant evaluation, or pivoting of approaches.

To start small, you need to overcome perceptions of failure in government, and so normalising the “F word” is key. In her work in Seattle, Tina said she would always make sure to weave in stories about failure when talking about her team’s successes.

Andi pointed to Boston’s Mayor's Office of New Urban Mechanics, a civic incubator. Because the Office was known for being highly experimental and innovative, departments they partnered with were more tolerant of programmatic risk. Here, carving out a distinct space for experimentation was a crucial first step to normalising failure.

Good leaders want to drive change, and so it’s crucial to support leaders with controlled experimentation, as well as supportive narratives.

COVID-19 and a call to action

Embracing failure and trying new things has been a requirement for governments during the COVID-19 pandemic. Think about how much we know about COVID-19 now, but how little we knew a year ago, as governments had to scramble to make decisions on border control, shutdowns and masks. Limited information - coupled with new ways of working - practically ensured governments would fail, but there are countless examples of innovation and failing forward throughout the world.

My worry is that as folks get vaccinated, transmission goes down, and we return to normal - that our new normal will not include passion for and necessity for experimentation.

Andi pointed to officials in Little Rock, Arkansas failing forward during COVID-19. During the pandemic, officials had to ensure an accurate census count. They could no longer doorknock, so had to think outside the box. After consulting with locals, they moved to other places of congregation, such as food distribution centres. Whilst these approaches may seem intuitive, they were much harder for governments before the pandemic - long-standing protocol would always have to be followed.

Similarly, in Seattle failing forward has “been the name of the game”. Tina’s teams had to have a “shared mental model” in not knowing if initiatives would fail or succeed, but learning from them all the same.

However, Tina raised an important point: “My worry is that as folks get vaccinated, transmission goes down, and we return to normal - that our new normal will not include passion for and necessity for experimentation.”

It’s important that we continue to bring those in the frontlines into the backrooms of public servants after COVID-19, continue to engage experts and community alike in program development and rollout, and continually learn and adapt.

As we address the scalability of failing forward after COVID-19, it’s important to codify initiatives - successes and failures alike. “There's no point in rebuilding a ship if you already know what the flaws are,” Andi said. She encouraged teams to set out lessons learned and drivers of successes and failures in playbooks, but also stressed the need for different programs of innovation to be specific to local context.

Peter concluded the webinar with a Maori proverb - and it’s a great reminder of the need to constantly learn from failure, start small and shift towards action: “I hear and I forget. I see and I remember. I do and I understand.”

Together with the Australian and New Zealand School of Government, we are hosting an interactive webinar series and learning community. 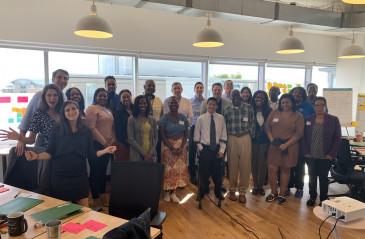 Governments need to fail forward, now more than ever

By Andrea Mirviss
5th August, 2020
CPI in the news 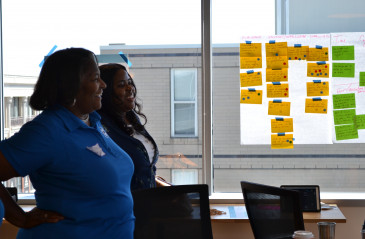 Failing (forward) in local government: a conversation with Bobby Humes