Dignity Dilemmas, Design and Tech: Reflections on stories shared in a CPI and Humanitech event

"What does it mean to actually design very intentionally for those moments of laughing alongside everybody else? I think that's ultimately what we're trying to achieve. Seeing the individual, making sure they're seen & heard' @amandalrobinson

Considering dignity in the context of practical dignity dilemmas & what #dignitycentreddesign could look and feel like helps to understand the merits & usefulness of a dignity framing for conversations around design and technology.

Dignity can be difficult to define and is largely misunderstood. Many of us don’t talk about dignity much and, when it does come up, it tends to be in the context of dying well or having a set of basic needs met. Dignity is important in all of these situations, but is not limited to them.

Dignity is central to all of us, at all stages of life and in all circumstances. How does dignity show up as we design technologies, products, services, and institutions of the future? What even is dignity in these contexts?

To help us explore this topic and more, Lorenn Ruster, Responsible Tech Collaborator at CPI, took part in a conversation with two inspiring practitioners - Mathan Ratinam, Lead Service Designer at the Victorian Department of Premier and Cabinet, and Amanda Robinson, Head of Social Innovation at Red Cross and Co-founder & Director, Humanitech.

Together, we surveyed what dignity means for Mathan and Amanda and how it’s been shaped by their different personal and professional experiences. We also asked the audience to share with us words that they associate with dignity.

What comes to mind when you hear the word dignity? 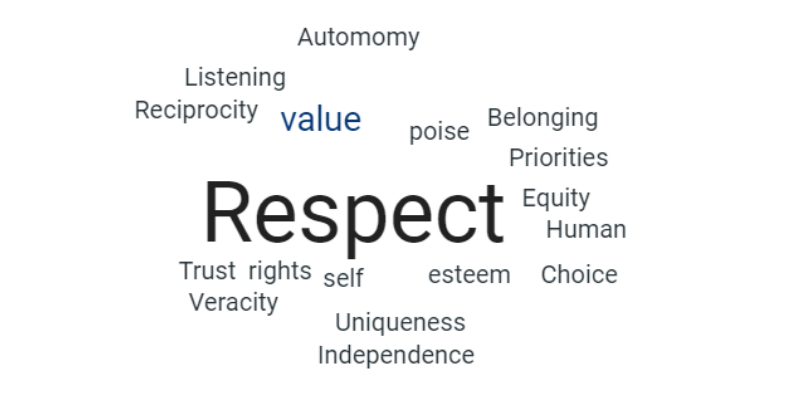 We plunged into ‘dignity dilemmas’ -  times where Mathan and Amanda faced a fork in the road about how to design, implement, manage or govern a technology, knowing that their decisions had dignity impacts. That is, their decisions could potentially impact how people felt seen, heard, listened to; or whether they were treated fairly, recognised, understood and felt safe.

And finally, we considered dignity, design and tech in the context of scale and existing design frameworks such as human-centred design, co-design and the enduring power structures of international development.

It’s difficult to capture the richness of this conversation in a short blog. We’ll be sharing an online recording of the event, but in the meantime,  we wanted to highlight three key themes that emerged from the discussion.

Dignity dilemmas can emerge at the intersection of scale, context and needs

When asked to describe dignity dilemmas they have faced, Amanda shared a story about a Humanitech initiative where they designed and developed a blockchain-enabled verifiable digital credential product. Amanda explained how they believed the product addressed users’ concerns around self-sovereignty and privacy of data. However, when users understood that their lost passwords could not be recovered because they were not stored centrally, Humanitech realised their audience was still operating within a Web 2 paradigm instead of Web 3; they still wanted some sort of comfort and centralisation around what would happen when things went wrong.

“We realised that we hadn’t created that bridge from Web 2 to Web 3…if people actually want their data stored centrally, how do we do that in a way that still ensures their dignity? We had to reimagine what people mean when they say things like privacy and security...actually, it’s about transparency and being in control.”

Mathan shared a story about the adoption of chatbots as a way of curbing the vast influx of calls received by the Victorian Public Service during the height of the pandemic. He shared how the existing systems could not deal with scale in two senses: firstly, the increased scale of people now trying to access contact centres and also the scale of how quickly information and messages were changing. A chatbot was deployed in an attempt to address more people, more quickly. However, in doing so, people were not seen, heard or listened to in the same way.

“I think the problem there was...where we once had the voice-to-voice interaction, you had a very calming person on the other side, who knew how to respond and could actually read between the lines of what you were saying, to give you the guidance. That's not perhaps the level of fidelity or clarity that a chatbot might provide…I don't think we've fully deployed it in the end...we just couldn't build the database quickly enough, when the problem was changing every couple of weeks.”

A theme of creating more ‘laugh together’ moments surfaced after Mathan made the observation that often, we remember the moments where our dignity was violated, but there are also moments where our dignity is firmly promoted, enabled, or even restored. Some of these more dignifying moments, he reflected, have blossomed by accident. For example, during the COVID-19 pandemic, events like concerts moved online. This meant that a woman who uses a wheelchair and is usually excluded from such events, could now share in them with her friends for the first time.

Some of these moments are very deliberately designed. Mathan also shared an example of the care a particular theatre company took to provide detailed instructions for people attending with vision impairment. Further, the impact of having an audio earpiece that described the actions on the stage in real-time enabled one man to participate in laughing together with the rest of the audience.

“He recalls quite vividly...this moment where he laughed, and it was the exact same moment that everybody else in the theatre laughed, and how he just suddenly felt part of the crowd... he was all too familiar with the experience of laughing a second later as a kind of catch up...It was quite an epiphanal experience for him to suddenly realize what it means to be fully included, feel part of the group again, and feel that group energy.”

Amanda elaborated on this idea of deliberately designing for ‘laugh together’ moments:

“‘What does it mean to actually design very intentionally for those moments of laughing alongside everybody else’?... I think that's ultimately what we're trying to achieve... really seeing the individual, really making sure that they are seen and heard, and that we're intentionally building that into our design process.”

Dignity: on the brink of being mainstreamed?

The end of the conversation turned to the future of dignity in the design, implementation, management and governance of technologies, where Amanda commented:

“I think what we're going to see is dignity becoming much more front and centre, particularly as it starts to hit the bottom line and [the lack of dignity] becomes a potential risk...We already talk about ESG and Ethical AI, but actually what we're talking about now is how are we ensuring people's dignity in the development and implementation of these technologies? We are at the precipice of seeing that become much more mainstream, and that will lead to scale.”

Although it may be difficult to pinpoint exactly what is meant by dignity, there was no question throughout the discussion that dignity is essential and a necessary grounding in design and technology decision-making.

Where to from here?

As one participant in the workshop reflected afterwards, it’s less about the why (that seems to be a given) and more about the how. Considering dignity in the context of practical dignity dilemmas and what dignity-centred design could look and feel like goes part of the way in further understanding the merits and usefulness of a dignity framing for conversations around design and technology.

We look forward to continuing to probe this theme. Please reach out if you are on a similar journey or want to explore this further with us.

This event was jointly initiated by Humanitech and the Centre for Public Impact. Humanitech is a Think+DO tank initiative of the Red Cross which seeks to shape the future for all humanity by harnessing the power of technology for good. The Centre for Public Impact is a global not-for-profit founded by the Boston Consulting Group that acts as a learning partner for governments, public servants and changemakers to reimagine government so that it works for everyone. 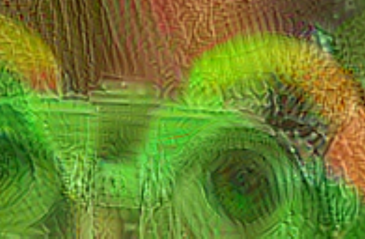 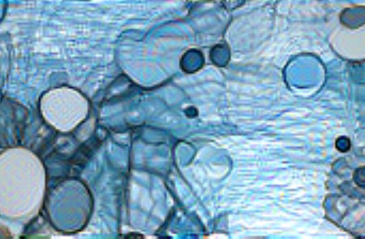 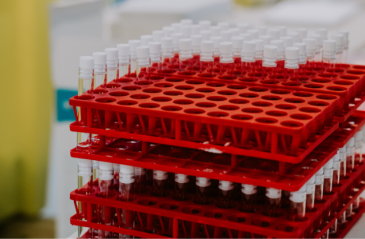